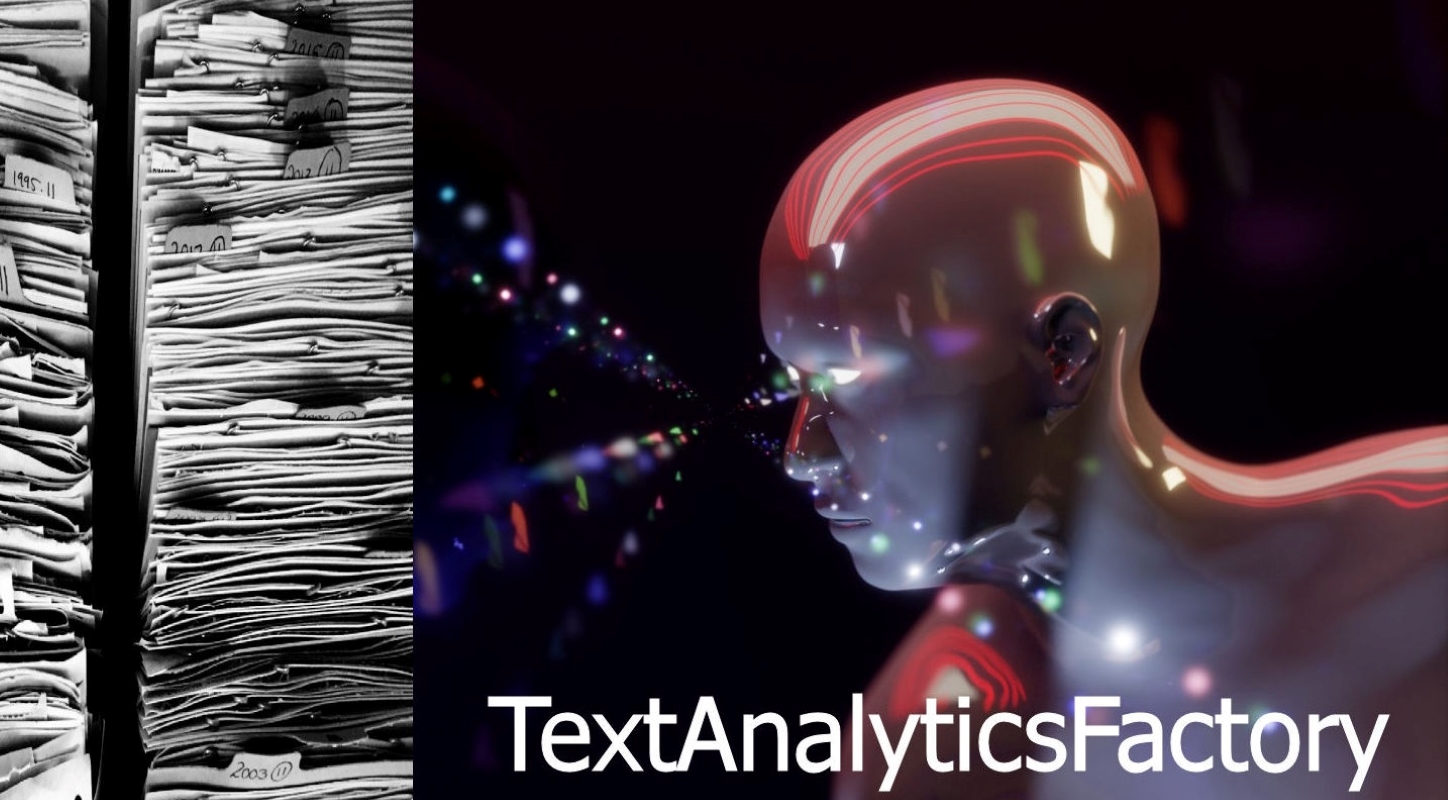 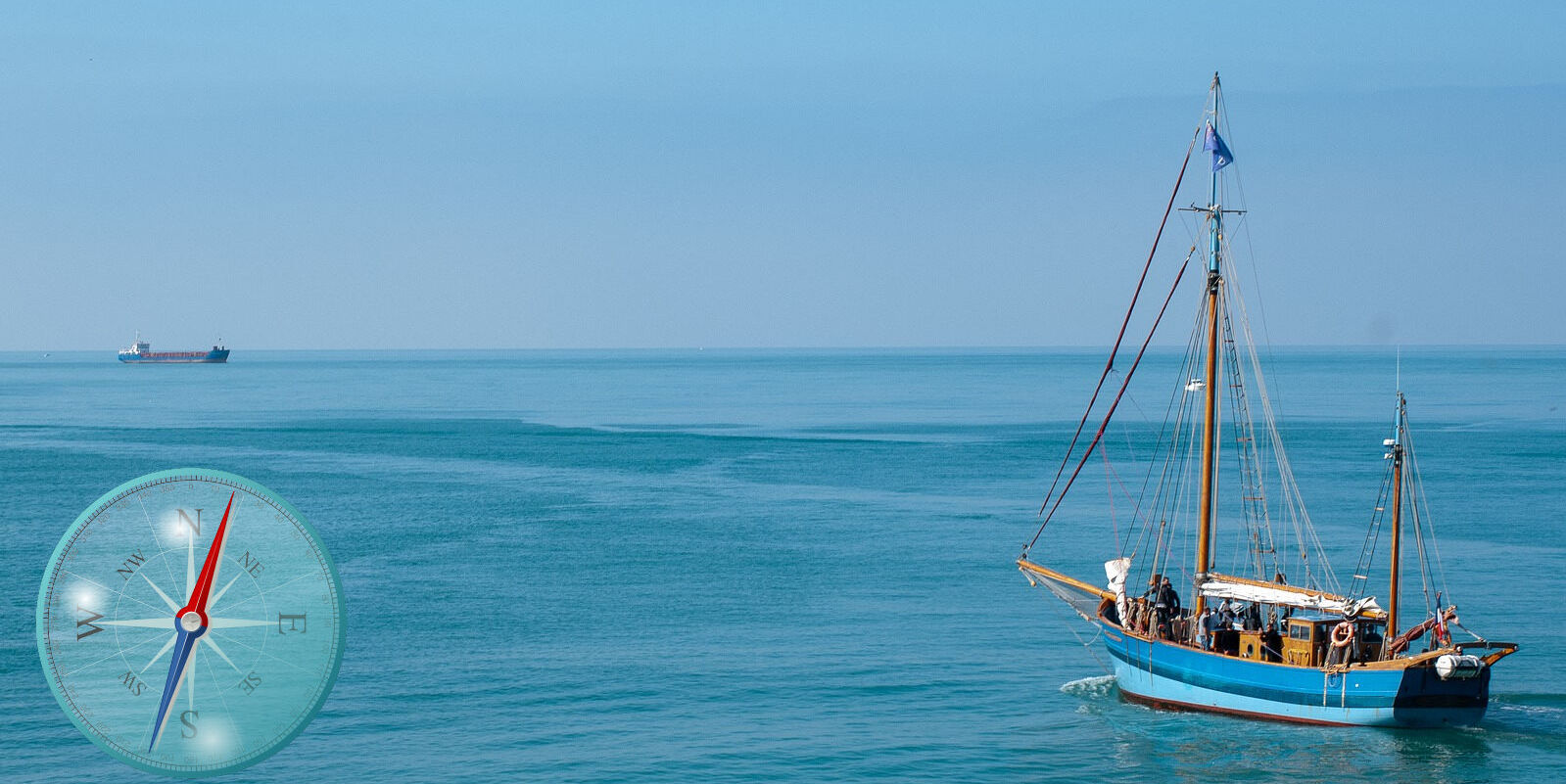 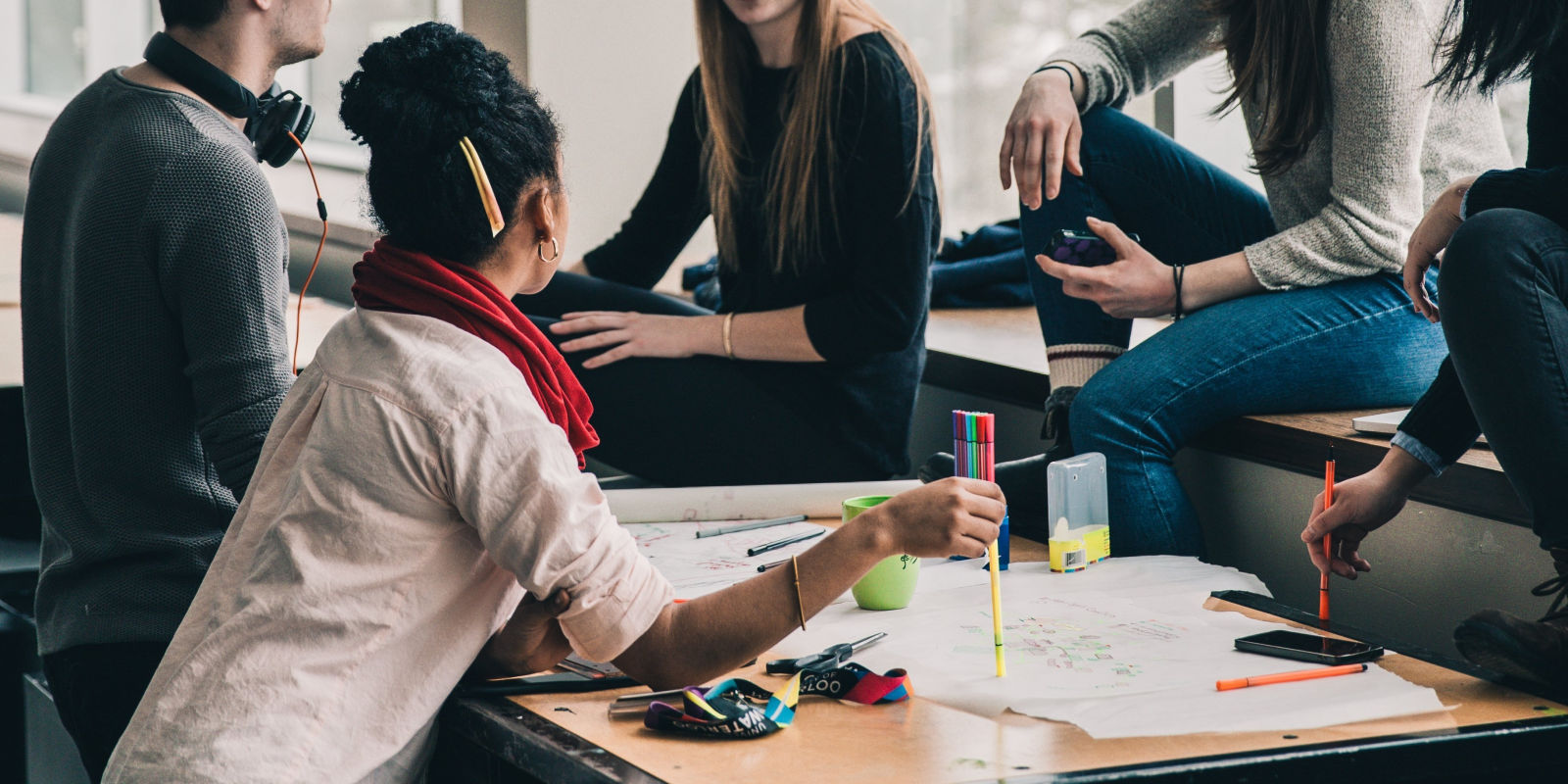 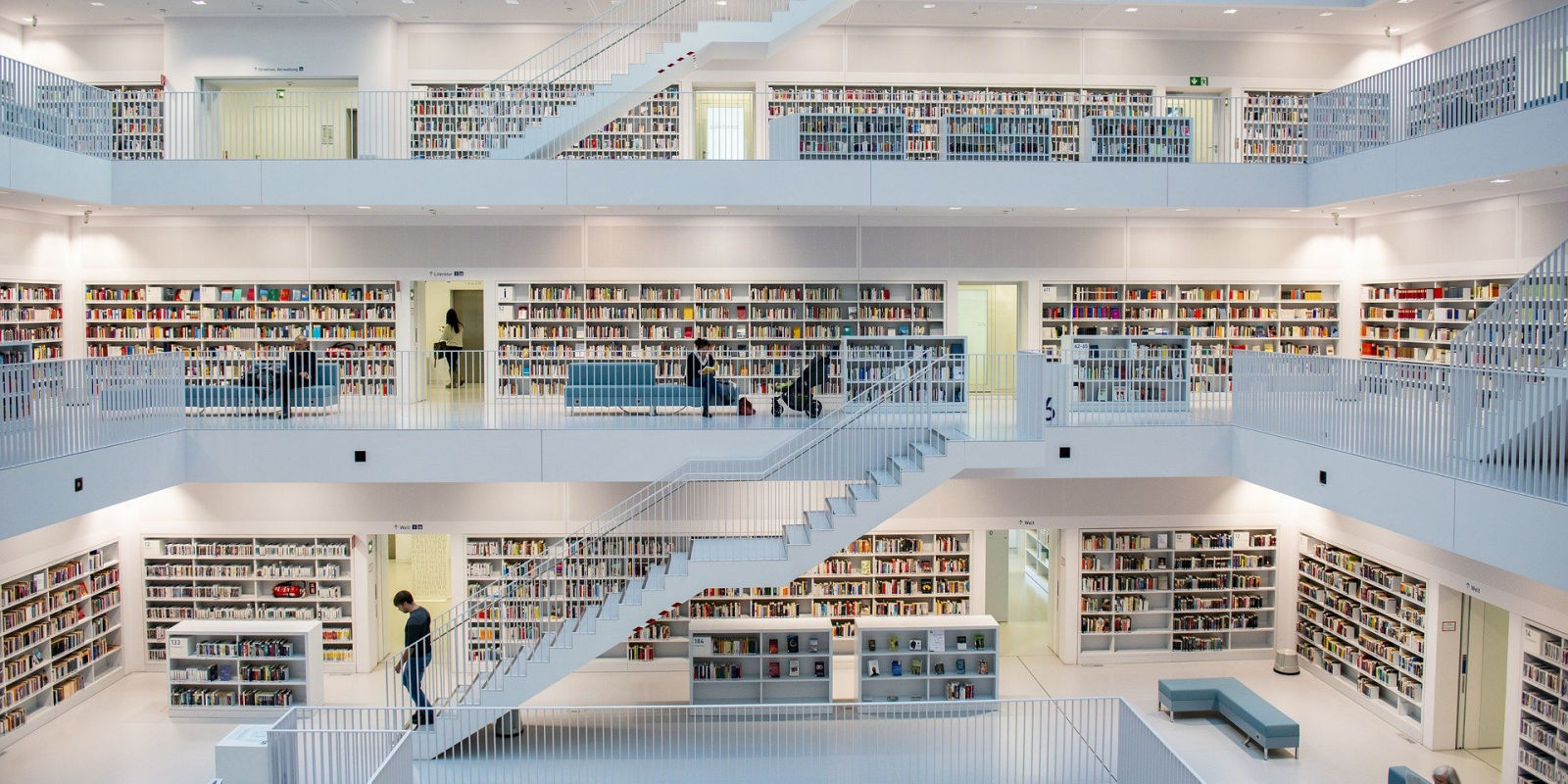 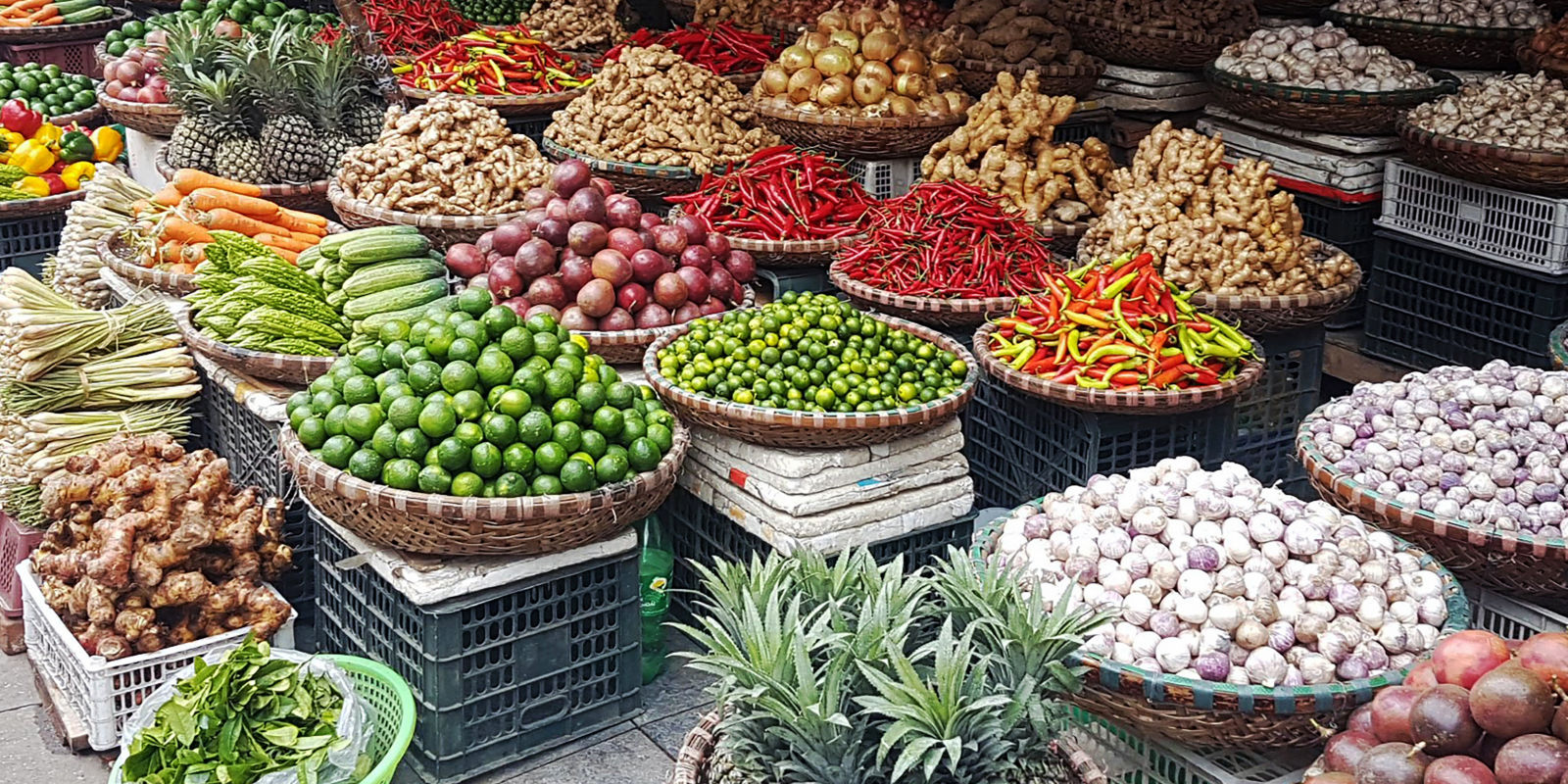 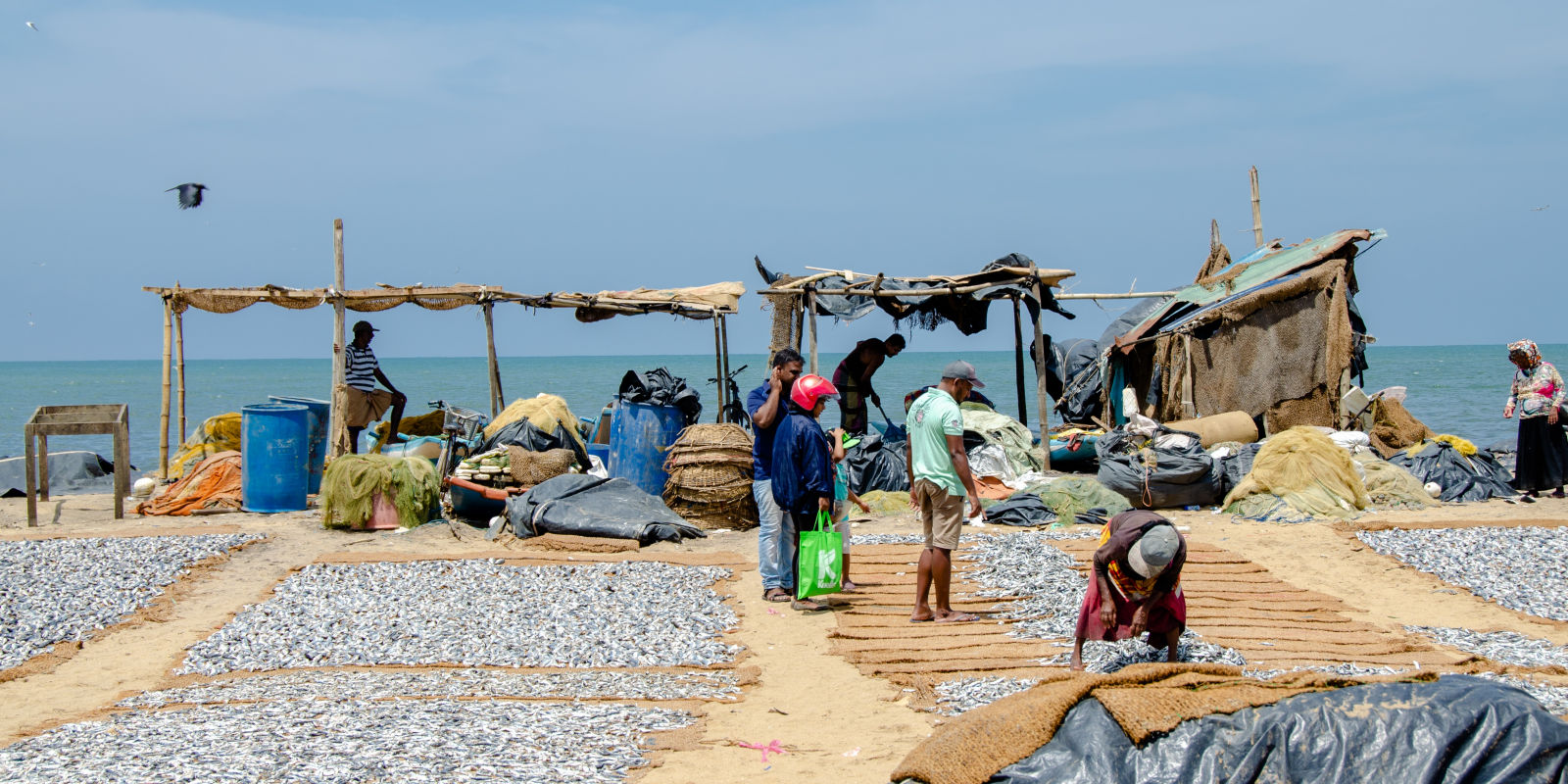 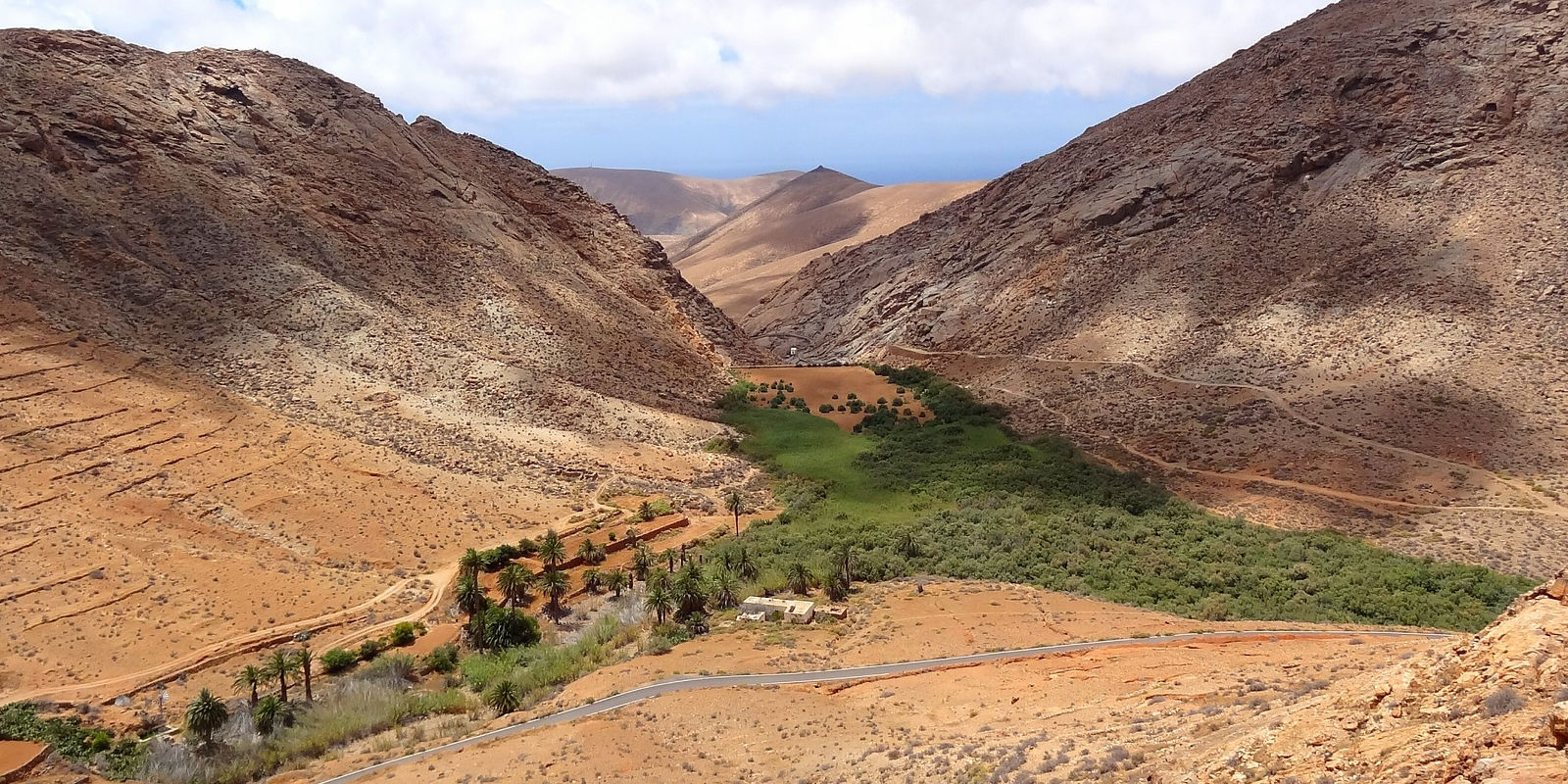 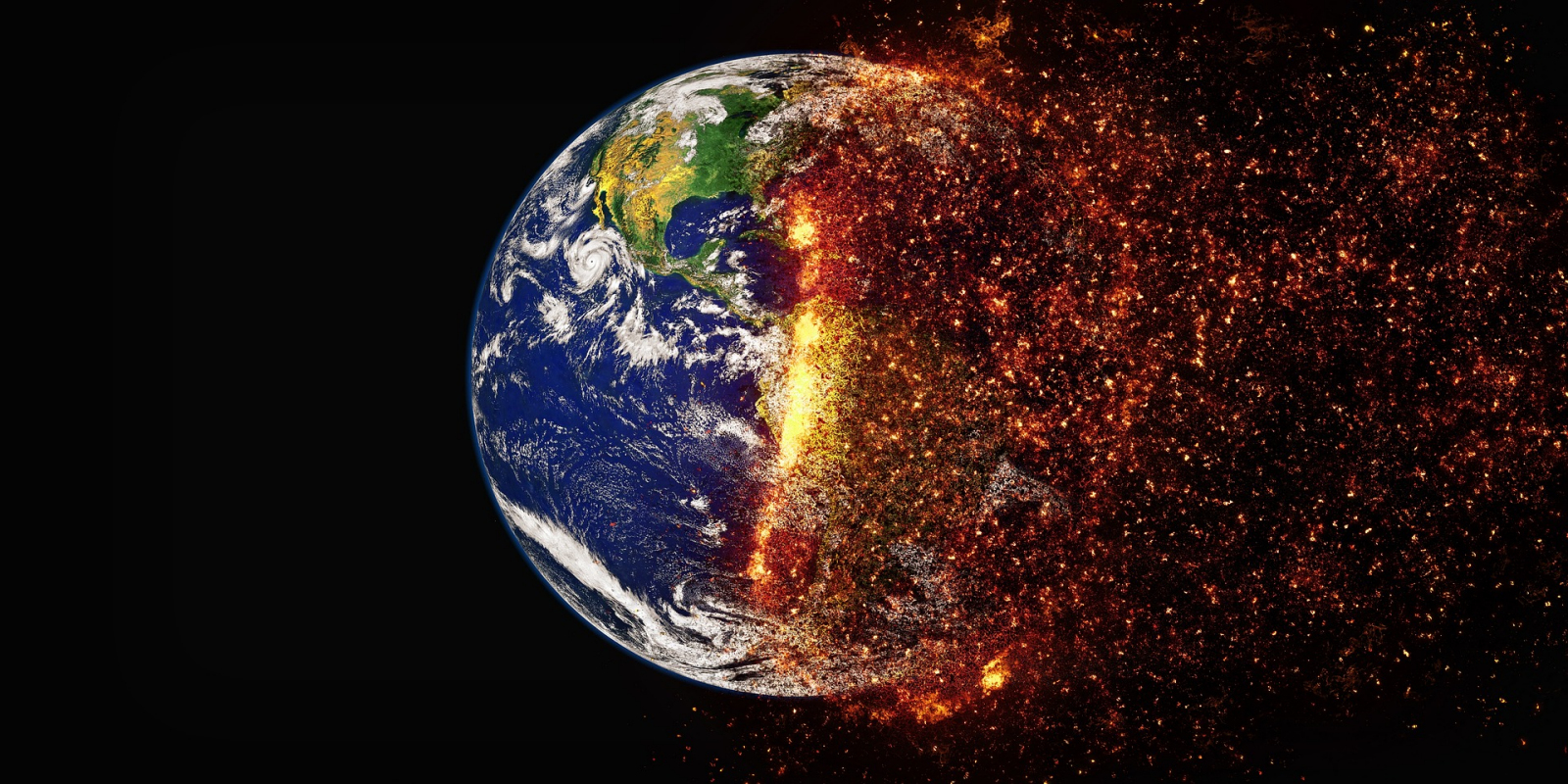 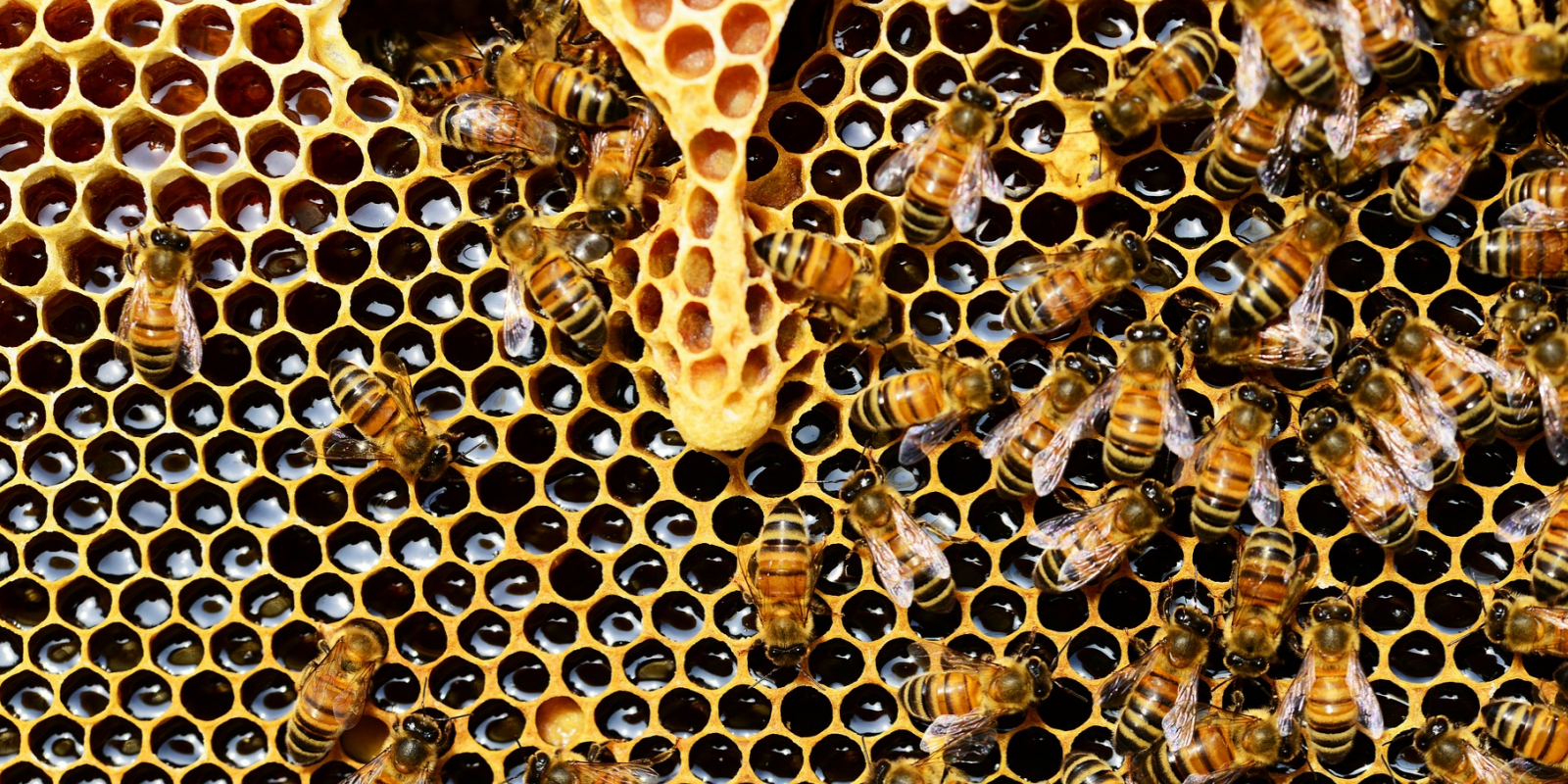 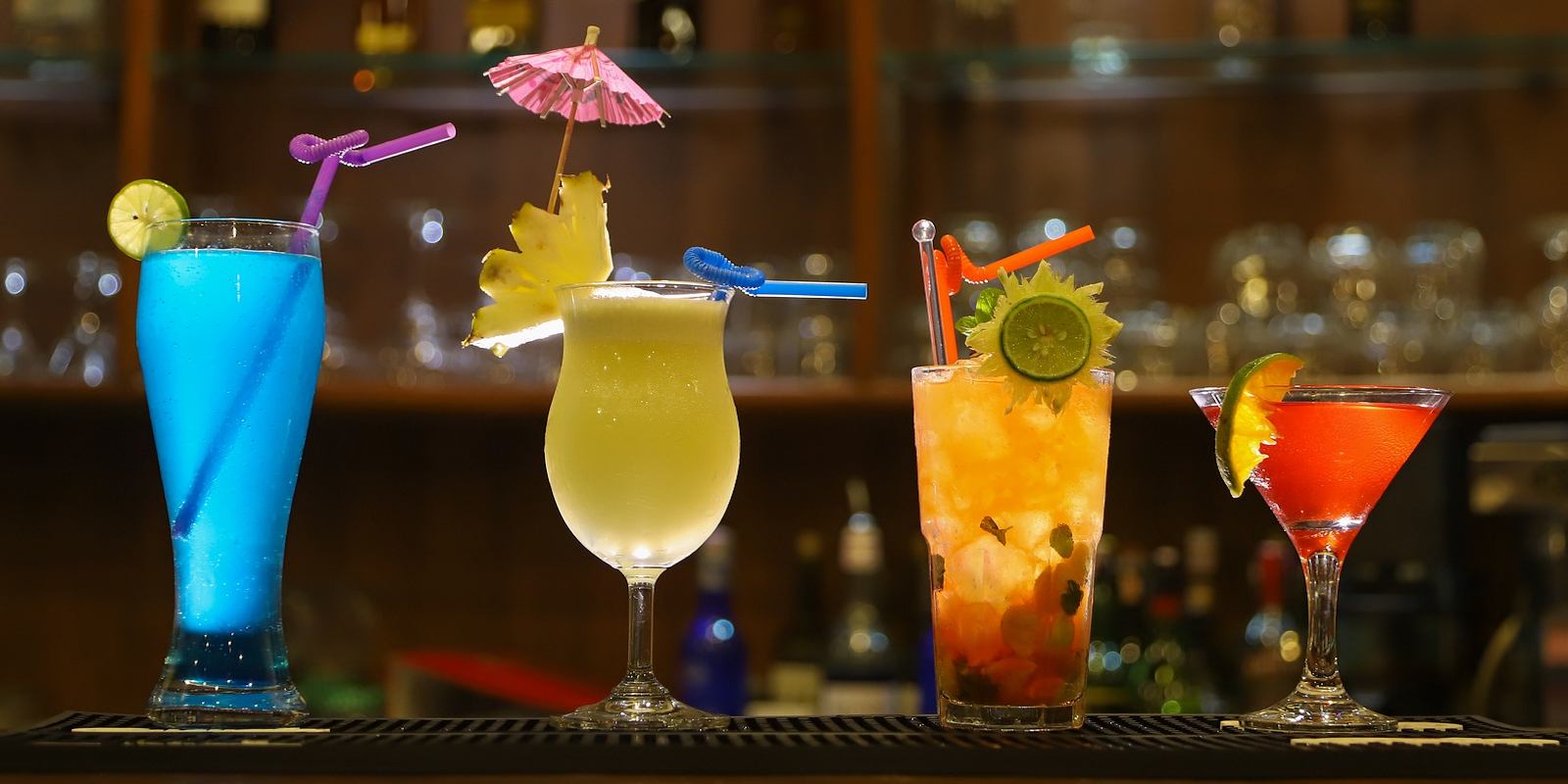 The second edition of the exhibition-forum EnerSol WSEF 2014 (World Sustainable Energy Forum), will take place, November 26-28, 2014, in Tunis, Tunisia. It will include:

The development of sustainable energy systems is among the most pivotal challenges of the 21st century. The aim of this EnerSol WSEF 2014 is to foster the interaction between participants working on fundamental and applied aspects and contribute to the ultimate goal to provide clean and affordable energy for the future for a better, cleaner and safer world. It will also give you an excellent overview on policies, instruments, questions, problems, technologies, and the most recent and important projects and technological, commercial, financial and regulatory developments in the areas of sustainable energy and green technologies. This event will gather the global sustainable energy and green technologies communities including:

As an conference attendee please use your voucher to start your participation in innovation management. Offer project participation, knowledge, equipment usage, results or IP etc. to find companies or partners looking for you. Get our SILVER package for free or our GOLD package with 30% off!

Find out the details ...

The Science & Technology Forum covers all frontier topics in the era of sustainable and renewable energy. The forum includes plenary lectures and invited talks by eminent personalities from around the world in addition to contributed papers both oral and poster presentations. The latest trends and discoveries in the areas of sustainable energy and green technologies from some of the world´s leading players in the field will be discussed.

In parallel to the S&T Forum sessions, certified energy tutorials/trainings will be organized. It consists in a series of short courses that will educate participants in a range of technologies through a 2 days Intensive Program. This course focuses on all the essential aspects in this rapidly growing field.

The International Exhibition is a unique venue for companies to promote equipment and technology.

Prof. Gilles Flamant is a senior scientist at CNRS (Director of Research), his research activities are related to:

Prof. Gilles Flamant is author or co-author of more than 200 publications in international scientific journals. He supervised 30 PhD theses. He is Editor-in-Chief of the ASME Journal of Solar Energy Engineering. G. Flamant is president of S.10 of the National Scientific Research Committee and of the Scientific Council of the DERBI cluster.

Dr. Hosni Ghedira is the Director of the Research Centre for Renewable Energy Mapping and Assessment at Masdar Institute in Abu Dhabi (UAE). He is also the Head of the Chemical and Environmental Engineering Department at the same institute. Dr. Ghedira received his M.Sc. degree in Civil and Environmental Engineering from the University of Sherbrooke (Canada) and his PhD in Water Sciences from the University of Quebec (Canada) in 1997 and 2001 respectively.

Before moving to the UAE, Dr Ghedira spent six years at the City University of New York as assistant professor and research associate professor. He also acted as Director of the Environmental Remote Sensing and Image Processing Laboratory at the NOAA Cooperative Remote Sensing Science & Technology Center (NOAA-CREST) in New York from 2003 to 2008. In his capacity as Director of the Research Center for Renewable Energy Mapping and Assessment (ReCREMA) at Masdar Institute, Dr. Ghedira has lead the effort to develop regional knowledge and leadership in renewable energy assessment and mapping for the Arabian Peninsula and countries with similar climate through partnership with regional and international partners. ReCREMA is now recognized as international leader in solar resource assessment in arid and dusty environments. Dr. Ghedira is an active member in several regional and international working groups in the field of clean energy policies and renewable energy strategies. Dr. Ghedira has authored and co-authored more than 120 publications in peer-reviewed journals and referred conference proceedings.

Professor in Smart Grid, Faculty of Engineering and Science, University of Agder, Norway

Prof. (Dr) Mohan Kolhe is with the University of Agder (Norway) as full professor in electrical power for renewable energy in the Faculty of Engineering and Science. He has also received the offer of full professorship in smart grid from the Norwegian University of Science and Technology (NTNU). He has more than two decades academic experience at international level on electrical and renewable energy systems. He is a leading renewable energy technologist and has previously held academic positions at the world's prestigious universities e.g. University College London (UK / Australia), University of Dundee (UK); University of Jyvaskyla (Finland); Hydrogen Research Institute, QC (Canada) etc. He was also a member of the Government of South Australia’s Renewable Energy Board (2009-2011).

He has been successful in winning research funding from prestigious research councils (e.g. EPSRC, BBSRC, EU, NRP, etc.) for his work on sustainable energy systems. He has published extensively in the area of energy systems engineering. He has been invited by many international organizations for delivering expert lectures / courses / key note addresses.  He has also been member of many academic promotional committees.

Prof. Carlo Rubbia was born in Gorizia on 31st March 1934. He graduated in Physics at Scuola Normale of Pisa. In 1959 he obtained his PhD from Columbia University (USA). Since 1961 he has been working at CERN (European Organization for Nuclear Research) in Geneva, becoming its Director General from 1989 to 1994. In 1976, he suggested adapting CERN's Super Proton Synchrotron (SPS) to collide protons and antiprotons in the same ring and the world's first antiproton factory was built. The collider started running in 1981 and, in early 1983, an international team of more than 100 physicists headed by Rubbia and known as the UA1 Collaboration, detected the intermediate vector bosons. In 1984 he was awarded the Nobel Prize for Physics.

From 1972 to 1989 Carlo Rubbia has held the Higgins Professorship of Physics at Harvard University. He was the President of Sincrotrone Trieste - Synchrotron Light Radiation Source (1986 -1994), the company in charge of building ELETTRA, one of the first third-generation synchrotron radiation sources in the world, together with Berkeley and Grenoble.  During the 1990s Rubbia proposed the concept of an energy amplifier (ADS) – a novel and safe way of producing practically unlimited nuclear energy exploiting present-day accelerator technologies from natural thorium and depleted uranium. The energy resources potentially deriving from this technology, which is actively being studied worldwide, will be practically unlimited and non-proliferating.

During his term as President of ENEA, the Italian National Agency for New Technologies, Energy and the Environment (1999-2005), he developed a novel method for concentrating solar power at high temperatures for energy production, known as the Archimedes Project, which is presently being developed by industry for commercial use. From 2005 to 2009 he was the principal Scientific Adviser of the Spanish Research Centre for Energy, Environment and Technology (CIEMAT), since 2007 he was a member of the high-level Advisory Group on Energy and Climate Change set up by EU's President Barroso. In 2009 he was appointed Special Adviser for Energy to the Secretary General of ECLAC, the United Nations Economic Commission for Latin America and the Caribbean. Since June 2010 he is the Scientific Director of the Institute for Advanced Sustainability Studies (IASS e.V.) in Potsdam.

Carlo Rubbia has received numerous honours, amongst which, the Italian "Cavaliere di Gran Croce" in 1985, the French "Officier de la Légion d'Honneur" in 1989 and the Polish Order of Merit in 1993. He is a member of numerous academies and holds 27 honorary degrees. He is the author of more than 500 scientific papers.

Professor Ali Sayigh, Graduated from London University, & Imperial College, B.SC. DIC, Ph.D., CEng in 1966. Fellow of the Institute of Energy, and Fellow of the Institution of Electrical Engineers, Chartered Engineer. From 1966 to 1985, Prof Sayigh taught at Baghdad University, College of Engineering; King Saud University, College of Engineering, Saudi Arabia; fulltime; and also Kuwait University as part time professor. He was Head of Energy Department at Kuwait Institute for Scientific Research (KISR) and Expert in renewable energy at AOPEC, Kuwait from 1981-1985. He started working in solar energy in September 1969. In 1984 he established with Pergamon Press his first International Journal for Solar and Wind Technology as an Editor-in-Chief. Since He has been Editor-in-Chief of Renewable Energy incorporating Solar & Wind Technology, published by Elsevier Science Ltd, Oxford, UK. He is editor of several international journal published in Morocco, Iran, Bangladesh and Nigeria.

He has been a member of ISES since 1973 and founder and Chairman of the ARAB Section of ISES since 1979 and was chairman of UK Solar Energy Society for 3-years and consultants to many national and international organizations, among them, the British Council, ISESCO, UNESCO, UNDP, ESCWA, & UNIDO.

In 1990, he established the World Renewable Energy Congress (WREC) and in 1992 the World Renewable Energy Network (WREN) which hold their Congresses every two years, attracting more than 100 countries each time. In 2000 he and others in UAE, Sharjah founded ASTF (Arab Science and Technology Foundation) and Regional Conferences have been held in Sweden, Malaysia, Korea, Indonesia, Australia, UAE, Libya to name but a few. Prof Sayigh has been running an annual international seminar on all aspects of renewable energy since 1990, in the UK and abroad. In total there have been 85 seminars. Prof Sayigh had supervised and graduated more than 34 Ph D students and 64 M Sc students under his supervision at Reading University and University of Hertfordshire when he was Professor 1986-2004. He edited, contributed, and written more than 32-books, and published more than 500-papers in various international journals and Conferences.

In 2000-2009 initiated and worked closely with Sovereign Publication Company to produce the most popular magazine at annual bases called Renewable Energy which distributed freely to more than 6,000 readers around the world. Presently he is the Editor-in-chief of Comprehensive Renewable Energy coordinating 154 top scientists, engineers and researchers contribution in eight volume published by Elsevier Publishing Company, Oxford, UK.

Prof. Ayodhya N. Tiwari is the Head of the Laboratory for Thin Films and Photovoltaics, Empa-Swiss Federal Laboratories for Material Science and Technology, Tituar Professor at ETH (Swiss Federal Institute of Technology) Zürich, Switzerland, Visiting Professor at Loughborough University UK. He is the Chairman and a co-founder of Flisom AG Company in Switzerland.

Dr. Tiwari is a co-author of more than 200 research publications and about 240 conference presentations including numerous invited papers and talks. He has co-chaired or co-organised several international conferences, co-edited special issues of leading journals on solar cells and thin films, is serving on the editorial board of journals. He studied at University of Roorkee (now IIT Roorkee) and Indian Institute of Technology, Delhi, India for M.Sc. and PhD degrees, respectively.

Prof. Satarou Yamaguchi is appointed Director of the Center for Applied Superconductivity and Sustainable Energy Research (CASER) at Chubu University.

His doctoral thesis was on plasma spectroscopy and the energy transport of high temperature plasma for fusion reactors.

In 1981 Prof. Yamaguchi started his professional career at Mitsubishi Electric Corp. in the Department of Nuclear Energy Development, where he developed the software, magnets, power supplies, switchgears and diagnostic systems for plasma fusion experiments.

In 1992 he became Associate Professor at the National Institute of Fusion Science (NIFS) where he completed the Large Helical Device and in 2001 he was appointed Professor in the Department of Electrical Engineering at Chubu University.